Rivers state, which is located in southeastern Nigeria, was first created in 1967 and among the first 12 split from the four-regional system that followed with the country’s independence in 1960. The original creation comprised present-day Bayelsa and Rivers states. With the emergence of Bayelsa in 1996, Rivers was reduced to essentially the old Port Harcourt province, made up of upland areas around the city as well as riverine delta and coastal areas running roughly from around the island of Bonny in the east to the Kula district towards the west.

Despite its relative young age as a state, Rivers is one of the state’s where historical events unfolded that led to the emergence of Nigeria as a modern nation state. The state has a diverse ethnic make up that includes subclans of the Ijaw, such as the Kalabari and the Okrika, as well as subclans of the Igbo, such as the Ikwerre, the Ekpeye and Etche. There’s also a good sprinkle of ethnic minorities such as Ogoni, the Andoni and the Eleme.

The state shares boundaries with Bayelsa and Delta states to the west, Akwa Ibom to the east, the Atlantic Ocean southwards as well as Imo, Abia and Anambra to the north. It’s main city, and the biggest by far, is Port Harcourt. Other important towns include Bonny Island, Obigbo, Opobo, Buguma, Abonema, Degema, Bori, Omoku and Elele.

Early History
Parts of Rivers state have been inhabited from ancient times. However, its coastal areas with its mangrove swamps featured mostly fishing camps and were sparsely populated before the coming of Europeans in the 15th century.The British historian Basil Davidson notes that Portuguese sailors that visited the Bonny area in 1505 declared that there was no business to be done in the area. Much of the area had served as a refuge for groups such as the Ijaw, who were fleeing subjugation by the then dominant Benin Kingdom.

All these were to change as contact with European seafarers expanded. European slave dealers, who couldn’t get the cooperation of Benin for large scale trade in humans, soon found trading allies in that part of the delta, who set as middlemen on the coast and received slave cargoes from the interior Igbo country and beyond, where the Arochukwu, or the Aros, controlled the trade.

The trade was to change the demographics and history of the Niger Delta, leading to the creation of places such as Bonny, Opobo and several coastal communities, where the various ethnic groups fused into a common identity for a common purpose within the house system that evolved in the area.

With the demand rising for African slaves to work in plantations in the Americas, the main trading commodity soon became men, women and children sold to slave ships.

Coastal communities such as Bonny and those by the many estuaries occupied by the Kalabari clan of the Ijaw, became major trading centers. Coming on the heels of European contacts with Calabar, and mistaking the Kalabari as being somewhat part of the former, the European traders named the Kalabari area New Calabar.

As the numbers poured in from the north over centuries of trade, the Igbo-slave population overwhelmed some local communities such as Bonny, Finima and Opobo, with the language now widely spoken in those areas.

Contact with Europe also introduced many European names ranging from the Portuguese, through the Welsh to the English and others, reflecting not only in the names of Rivers but also those of people.

The Oil Rivers
By the 19th century, with the industrial revolution in Europe, the emphasis in its trade with Africa had shifted to mineral and agricultural commodities. In these parts, the trade in oil palm, used in European industries for a wide variety of food and cosmetic products, was booming so much that the area was nicknamed the “Oil Rivers” by European traders about a century before crude oil was discovered in the region.

Men like King Jaja of Opobo, a former Igbo slave who rose to become one of the most powerful actors in pre-colonial politics and trade, were central to the boom. They showed great business and political skill in navigating an environment in which the odds were stacked against them. Jaja was so successful in what he was doing that his European competitors got rid of him by seizing him and forcing Jaja into exile in the West Indies.

Topography and Weather
There three distinct topographic areas in Rivers state such as the upland zone with freshwaters that are around Port Harcourt, then the mangrove swamps, followed by the sand ridges that stand between it and the Atlantic Ocean. The inland reaches of the state features tropical rainforests where a wide variety of crops including yam, cocoyam, oil palm, plantains and bananas are grown.

Further south are the mangrove swamps criss-crossed by rivers and streams, before the coastal beaches that grow coconuts and the raffia palm. Most of the state is in a flat, low-lying terrain, with many tributaries of the Niger River running through it to reach the sea. Much of the beautiful natural environment have been scarred and polluted during more than 50 years of oil and gas prospecting activities. The Rivers environment is one of the most polluted in Nigeria due to the environmental degradation associated with hydrocarbons exploitation.

Rainfall in Rivers is almost all-year round, with the only dry months running from December to February still interspersed with rains. The rains are heaviest between June and July, with coastal areas seeing relatively more inundation than the upland areas. Temperatures range from lows of 25 degrees Celsius and less to highs of about 30 degrees.

Tourist Attractions
Port Harcourt, the capital and main city of Rivers state, has a long-standing renown as an entertainment place, the city that never sleeps. Nightclubs and entertainment centres have always thrived; even during the worst times of militant violence in early years of this century. For many a visitor to the Garden City, a night outing is often a much-desired treat.

Bonny Island on the Atlantic coast of Rivers state is an interesting destination for a number of reasons. This first is historical. From the 16th to the 19th century, Bonny was a major staging point for the export of African slaves to the Americas. Relics of this trade as well as its social impact, are still visible on the island to this day. 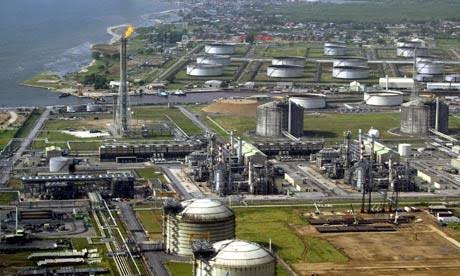 Furthermore, Bonny is today a centre for a different kind of export to Europe and the rest of the world: crude oil and natural gas. Royal Dutch Shell Plc has its biggest crude export terminal on the island from which the Bonny Light oil grade is exported. Bonny is also the host to the biggest liquefied natural gas plant in Africa, accounting for about 10 percent of global output.

Apart from Shell, other oil majors such as Exxon Mobil, Chevron and Total also have operations on the island.

Finima Nature Park on Bonny Island is a protected forest area where the natural diversity of the Niger Delta can be viewed pristine and untampered. It conservation began in 1999 and has since grown considerably, covering an area of about 10 square kilometers. Finima also has beautiful beaches by the Atlantic Ocean to which people throng to relax and enjoy, especially during the festive seasons and holiday periods.

King Jaja’s Opobo Monuments — Opobo town is one of the most important tourist centers in Rivers state. A major driver of tourist traffic this southeast corner of the state is the presence of many monuments memorializing the founder, King Jaja. They include his old residence as well as his statue in the centre of the town.

The Port Harcourt Cultural Centre — This is a major events centre in the city central part of the city that is a popular venue for musical concerts. It’s a place to check out for scheduled events as popular Nigerian music artistes visiting the city invariably play there.

A bird-watchers’ Paradise –Two forest reserves in Rivers state have attained international renown as centres of biodiversity and bird-watching. These are the Urashi and Biseni forest reserves.

The Urashi forest in the Ahoada district of Rivers state is reputed to be home to more than 90 species of birds. Some of them are rare birds such as the Gaboon woodpeckers, grey parrots, and serpent eagles. It is also the home to a large diversity of wildlife such as the pygmy hippopotamus and red colobus monkeys. Similar natural diversity can also be found in the Biseni forest, to the west of Urashi.

Getting there — Port Harcourt, the capital of Rivers state, has  an international airport, with Lufthansa and Air France among major airlines that go to that destination. There are also daily flights to Port Harcourt from the main cities of Lagos and Abuja as well as other domestic destinations. The state can also be approached by road from neighbouring Imo, Abia and Akwa Ibom states. Coastal vessels also approach the state by sea, while there’s a rail line linking Port Harcourt to the northern part of the country as far as the city of Maiduguri in the northeast.