and gold – flung and scattered

china in the sun.

That was how Nigerian poet John Pepper Clark colourfully described the city in southwest Nigeria in a poem in the 1960s. The rust and the gold may still be there, but Ibadan has since gone beyond seven hills and is currently among the country’s top five largest cities.

Its modest origins, according to oral tradition, began as a refuge first for fugitives from injustices and later for those fleeing wars. Ibadan’s population saw a surge from 1829, following the outbreak of the Yoruba civil wars that pitted several kingdoms against each other. The winning alliance comprising the Ife, Ijebu and Oyo had quartered their soldiers in Ibadan, and afterward these mixed with the existing inhabitants to form the indigenous population of what became a modern city.

British interest in Ibadan manifested in the last decades of the 19th century, as the railway moved north from Lagos and Ibadan was designated one of the stops. The colonial administration took over the city in 1893 following the signing of a protectorate agreement by the then Governor of Lagos George Denton and the Baale of Ibadan, Fijabi. Ibadan became the capital of western Nigeria in 1939 when the south was split into east and west.

In 1948, a campus of the University of London was established in Ibadan, known as the University College. Many of Nigeria’s best-known names, including the writers Chinua Achebe, Nobel Prize winner Wole Soyinka, poets J.P. Clark and Christopher Okigbo, were all students at the college. The institution  became the University of Ibadan in 1962 and at a point Its University College Hospital became a globally renowned centre for tropical medicine.The city also became the location of the International Institute of Tropical Agriculture, dedicated to research into new strains of crops and new ways of growing them.

Inevitably, Ibadan became the book capital of Nigeria, spurring the development of a book market that linked a network of publishers, printers and bookshops to buyers across the country.Ibadan became a centre of learning, twinning with Lagos to help shape modern Nigerian culture. In 1957, the first television station in Africa was opened in Ibadan by the Western Règion government led by Obafemi Awolowo. 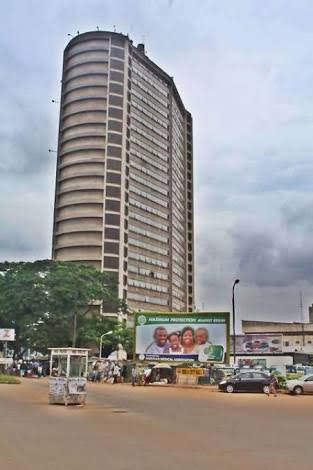 Weather
Being in a tropical area, Ibadan shares the same weather characteristics of about half a year of rains and another half of mainly dryness. January to March is usually hot, averaging temperatures above 30 degrees Celsius, only beginning to cool as the rains start from April.

The coolest period in Ibadan is from June to September, when the rains peak. The rains begin to wear off from October and soon after the dry season is heralded by dry, cool winds blowing southward from across the Sahara, bringing fine desert dust along.

Economy
Apart from being a civil service centre and a university town, another factor that drives the city is commerce, including trade in agricultural goods and handicrafts produced in the countryside as well as manufactured items.

While shops and commercial activities are visible on most streets, the centre of its commerce is the Dugbe market. Here the female petty traders hold sway, controlling the trade in foodstuffs, spices and local cloths and crafts. The city and its environs are part of NIgeria’s cocoa-growing region, and the cocoa trade is central to the city’s commerce.

The University of Ibadan campus is one of those institutions that help define the city, and manages to maintain its prestige despite the deterioration it has experienced over the years. It’s serene ambience is a sharp contrast to the untamed sounds of the city outside.

A major point of attraction is the university zoo, which holds a wide range of tropical animals. 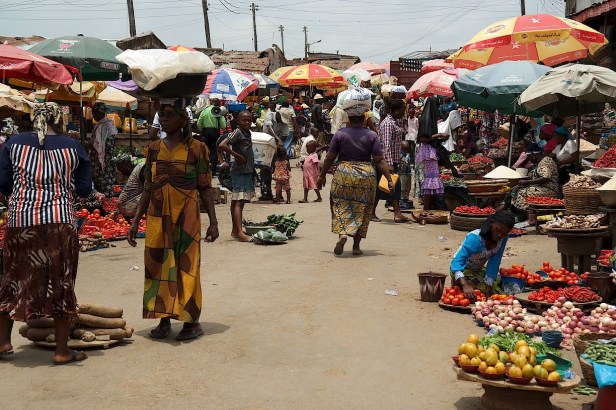