Sokoto is a city in northwestern Nigeria located at the confluence of the Sokoto and Rima rivers. While the area was already inhabited by farming and herding communities by the 17th century, it was in the 19th century that iit came to prominence as a city.

Before then, the area of the present-day Sokoto had fallen under the influence of Gorbi at one time and Kebbi at another.

When Shehu Uthman dan Fodio, the Fulani cleric whose people had emigrated from Guinea’s Futa Jalon highlands, started a jihad against the old Hausa states in 1804, Sokoto was the launch pad. By 1809, after victory was confirmed, it became the official capital of the Sokoto Caliphate.

The initial walled, nucleus of Sokoto was divided into sections such as Magajin Rafi, Sarkin Zamfara, Magajin Gari, Sarkin Adar and Sarkin Musulumi. The walled city was further extended within a decade in response to the city’s growth.

In the years that followed, Sokoto became a centre of trade, as well as Islamic learning and culture, spurred by jihadist conquests that reached as far east as today’s Cameroon, parts of Niger to the north, Benin to the west and as far south as Ilorin in Nigeria. Vassals came from all these places to pay tribute to the Sultan.

By the mid-1800s, signs of decline were visible in Sokoto, according to the European traveller, Heinrich Barth, who visited in 1853 and reported a scantily inhabited city with obvious signs of deterioration. It was a substantially weakened Caliphate that the British colonialists met and subdued in battle in 1903.

Sokoto has continuously served as a capital for more than 200 years from its first appointment as the seat of the Fulani Caliphate in 1809. Under British colonial rule the city was the headquarters of the Sokoto Province, and remained so after independence until it became the capital of the Northwestern State from 1967 until 1976, when Sokoto State was created.

Even the name Sokoto bears the British imprint being an Anglophone rendering of what is known locally as Sakkwato, a derivative of “Suk,” the Arabic work for market, referring to an area where trading took place. Most importantly, the city has remained all through the years the spiritual capital (with its Sultan as the spiritual leader) of Nigerian Muslims.

Sokoto’s economy is largely agrarian. The majority of its residents are farmers, with the city a place to exchange agricultural goods for cash with buyers from far and near. Most of the crops are grains, including rice, sorghum, millet, maize and guinea corn, as well as cowpea (beans), wheat, cotton, potatoes and livestock. Traditional skills in working leather, dyeing and weaving cloths as well as smithing are widely practiced. Several processing companies have taken advantage of the region’s produce to set up processing facilities in and around the city. The Cement Company of Northern Nigeria established a factory to take advantage of the nearby kaolin and limestone deposits.

The agricultural economy of Sokoto is built around the Sokoto-Rima river network, which has created a flood plain where it deposits rich, alluvial soil that sustains a wide variety of crops and livestock. This is an extension of the vast plain that covers much of northern Nigeria, broken in places by a rash of hills and, in others, by mountain ranges, as is the case on the approach to the city.

Sokoto’s location is in the Sahel Savannah, a region of grassland best known for growing grains and keeping livestock. Here the rains start in May and end in October, followed by dry months that include the harmattan cool winds of November to January,  which in turn give way to intense heat from February to April. Sokoto’s temperatures range from as low as 18 degrees Celsius at the peak of harmattan to as high as 45 degrees Celsius in the hot months of February and April. So far, Sokoto holds the record for the hottest city in Nigeria. 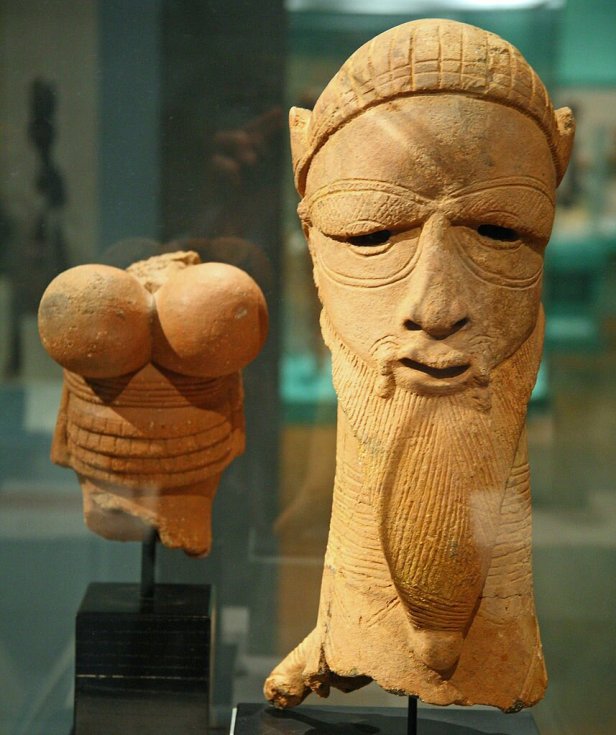 Sokoto terracotta head from around 300 B.C.

Two major roads link Sokoto to the rest of Nigeria. One from the east runs from Gusau, through Talata Mafara to the city. Another, running southwest to Birnin Kebbi, links Sokoto to most of western Nigeria. There are also northern routes linking the city to Niger Republic.  Sokoto has an airport with daily flights connecting key cities, especially Abuja and Lagos.

Besides these, Sokoto features several traditional forms of entertainment, including wrestling known as kokawa, and a local form of boxing called dambe. Visiting dignitaries are usually welcomed with durbars, which is a mock charge by a colourful cavalry riding in full force.