The founder of the city, according to the Kano Chronicles (a record of oral traditions on Kano’s history put together in a written chronicle in the mid-19th century) was Barbushe, a priest that attended to the oracle believed to reside on the Dala Hill. The emergence of political organisation and state building could be traced to the late 10th century when Bagauda, believed to be a descendant of Bayyajida, a mythical ruler of Baghdad, was crowned in AD 999.

Kano was a major node of the trans-Sahara trade that had ensued between north and West Africa, with caravans going to and from Fez in Morocco, Qayrawan in Tunisia and Cairo in Egypt. By the 15th century exquisite leather works made in Kano were reaching Europe through Fez and Marakhesh in Morocco, from where they were transported to Spain and Portugal, where they were known as Moroccan leather, according to the historian Walter Rodney.

It was Gijimasu, the third king of Kano, who reigned from 1095–1134 that first began the tradition of building the city walls that have endured to the present. Islam was accepted by Ali Yaji, who was king sometime in the 12th century, and subsequently made Kano a sultanate, initiating further territorial expansions.

Kano was to witness it’s golden era with the emergence of Muhammad Rumfa as king in 1463. His reign was contemporaneous with that of the most famous king of the Songhai Empire, Askai the Great, whose daughter Rumfa took in marriage as he sought to build closer relations with Songhai. Rumfa further extended the reaches of the Kano Empire and expanded the influence of Islam.

Other kings who succeeded Rumfa after his death in 1499, managed to hold the empire together but were less influential.By the 18th century Kano’s rivalry with Sokoto had ensued, and under Kumbari dan Sharefa, who ruled from 1731 to 1743, the two states fought a major war.

It was 61 years after Sharefa’s death, in 1804 that the moves for the final conquest of Kano began in Sokoto. An Fulani preacher in Sokoto known as Uthman Dan Fodio began a jihadist uprising against the old Hausa states as a means to purify the faith. Kano was defeated a year later to end the Hausa dynasty that had begun more than 800 years earlier. Kano then became an emirate of the Sokoto Caliphate.

Kano was a key slave-trading route for Africans sold across the Sahara to the Middle East, to the extent that at a point in the mid-19th century it was estimated that half the population was made of slaves. The trade declined with the advent of colonial rule and British interest in cash crops and minerals.

The intervening decades of Caliphate rule in Kano were often marked by intermittent famines amid bitter rivalries for ascendancy among ruling families. There was little resistance when British forces turned up in 1903. Kano then replaced Lokoja as the capital of Northern Nigeria before it was in turn supplanted by Zungeru, prior to the shift to Kaduna.

Kano city became a capital again when the Kano state was created in 1967. Since then it has expanded to become the second-biggest city in Nigeria behind Lagos. It remains the commercial capital of northern Nigeria, a key trading centre linking countries in west, north and central Africa. Today the city covers eight municipal areas, spread over more than 200 square kilometers, with a population put at estimated at about four million.

The city’s economy is centred on its age-old trading tradition, being a distribution point for the crops and livestock of the surrounding regions and the means whereby goods are sent and brought from far-flung cities across west, north and central Africa. Many industries have set up in the city to take advantage of the agricultural raw materials and the distribution network.

In recent years major investments have sprung up in the form of big supermarkets and shopping malls such as Sahad Stores, Spar and the Ado Bayero Mall, where international retail chains such as ShopRite and Games Stores operate, amid cinema halls and restaurants.

In addition to a good road connection to various destinations, Kano is also served by one of the busiest airports in Nigeria, the Mallam Among Kano Airport, named after one of the city’s famous politicians, who was much loved by the poor for being their advocate. Airlines such as Turkish Airlines, Saudi Arabian Airlines and Middle East Airlines operate flights regularly to Kano. All the major local airlines also operate Kano flights. 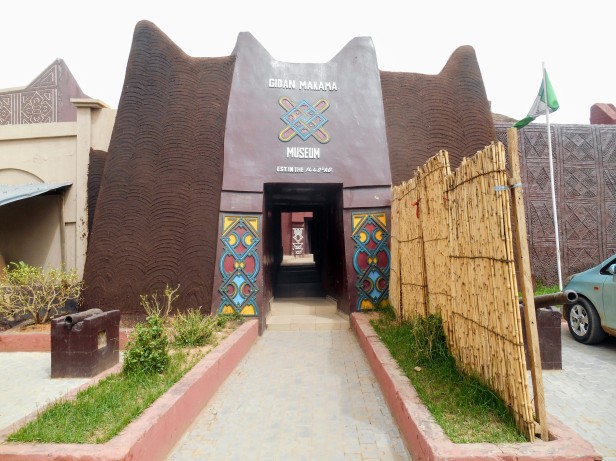 Those visiting Kano during any of the major Muslim festivals stand a chance of witnessing the spectacular durbars. The most eye-catching part is when a procession of colourfull decorated horsemen march to the palace of the emir. There, groups of horsemen representing different districts charge and draw up before the emir in fealty.